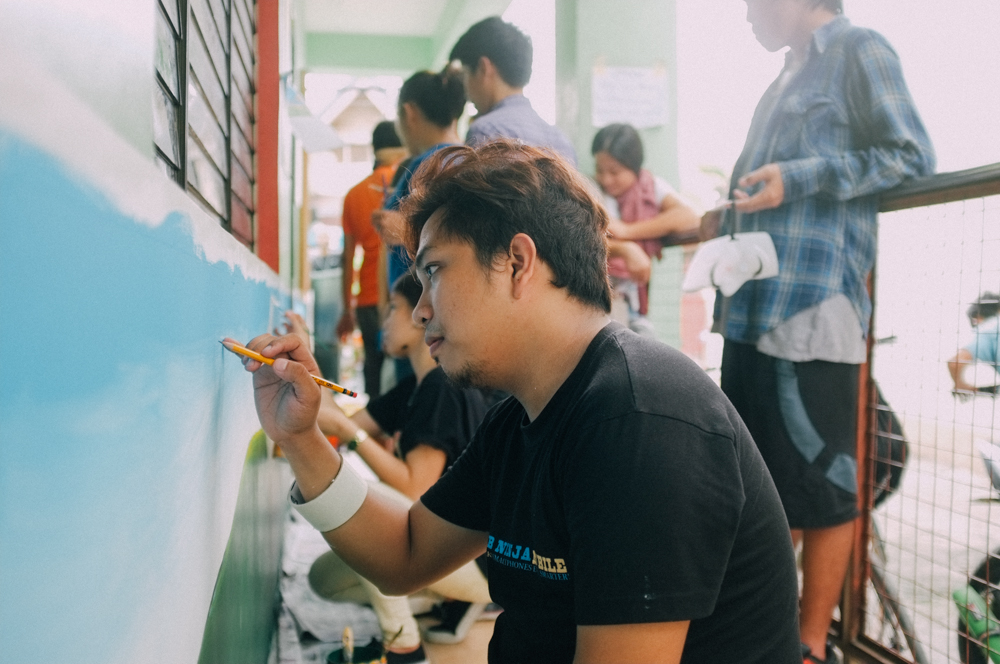 Our Employee Development Program for October was held in Kasambagan Daycare Center in Panagdait, Cebu. On August 16, 2015 we started the first of many enrichment activities which we hope to have with the daycare center. Our task on that day was to help brighten up and add a punch of color to the kids’ play area. Before we arrived, the play area had one large bare wall, a few tables and chairs, and some toys. 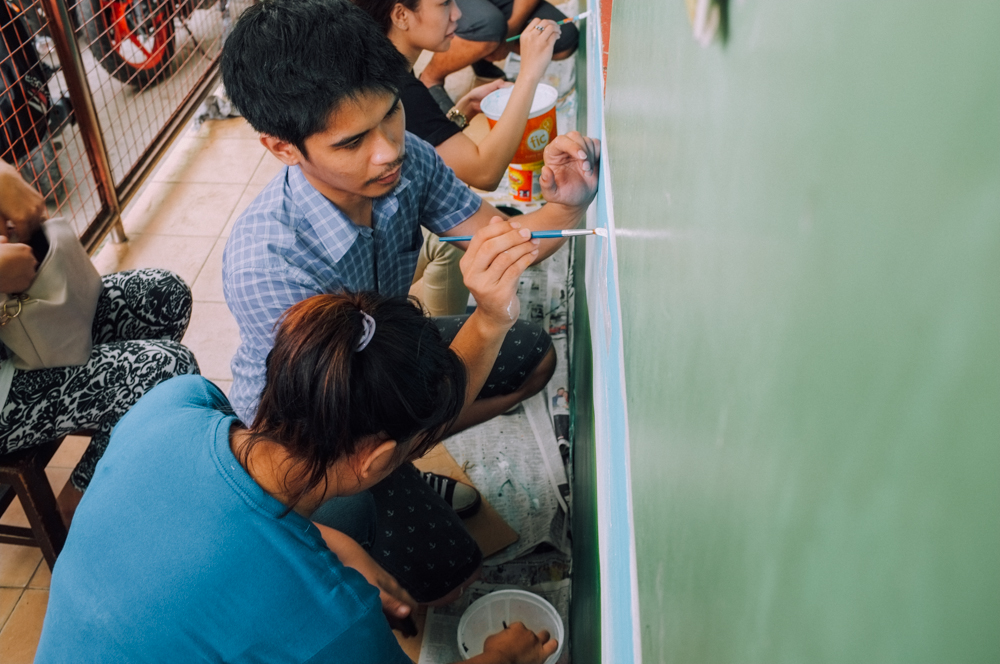 We decided to create a mural of an uplifting scene with children and animals playing in a green meadow. We also took the time to paint their play house and mini store as well. 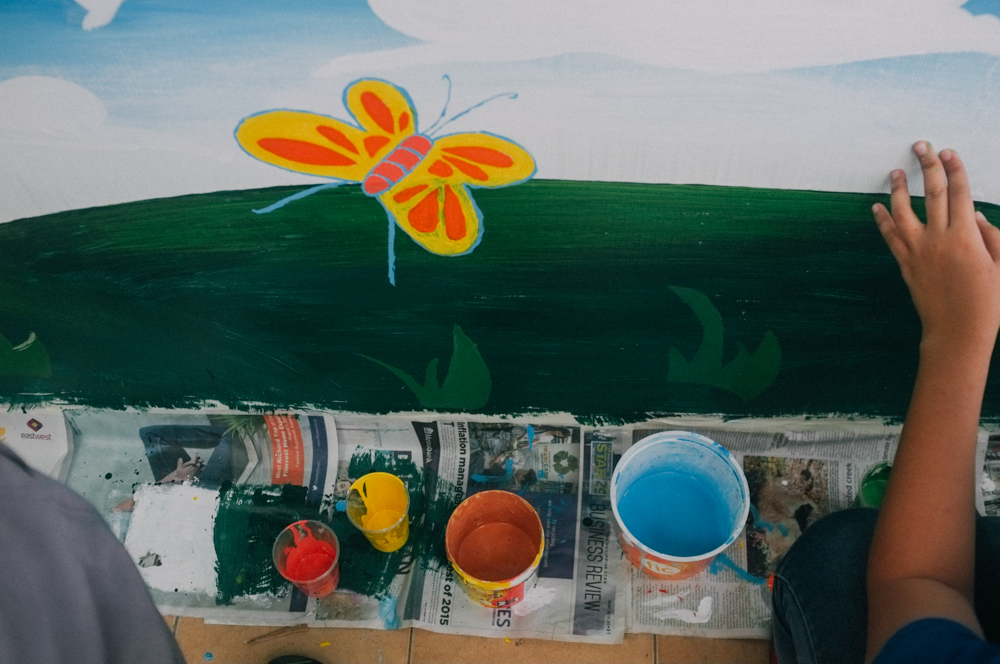 Our group split the project into three categories that were assigned to each of our 3 PhotoUp teams. The Graveyard team was assigned to do the painting while the Evening shift was in charge of documenting the project. Everyone, even the kids, couldn’t resist helping and in the end, all teams contributed to painting the murals. 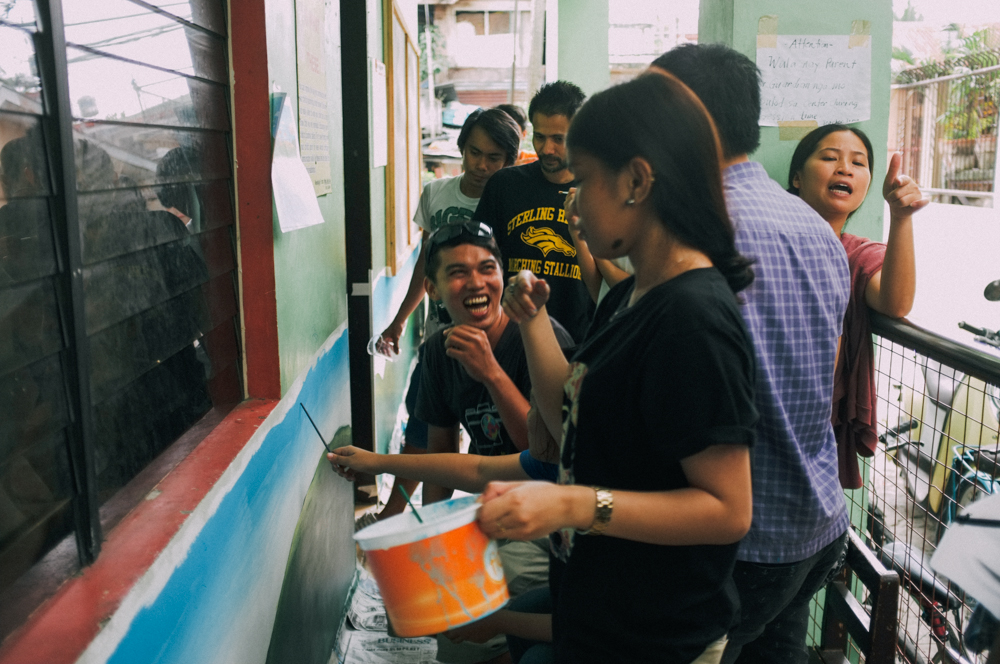 Halfway through the project, we ate a hearty meal which was prepared by the Morning shift. When all the work was done, the normal play room was transformed into an area of playing, creative learning, and having great fun. Overall, it was an awesome experience. It’s an uplifting feeling when you really put effort into helping others. 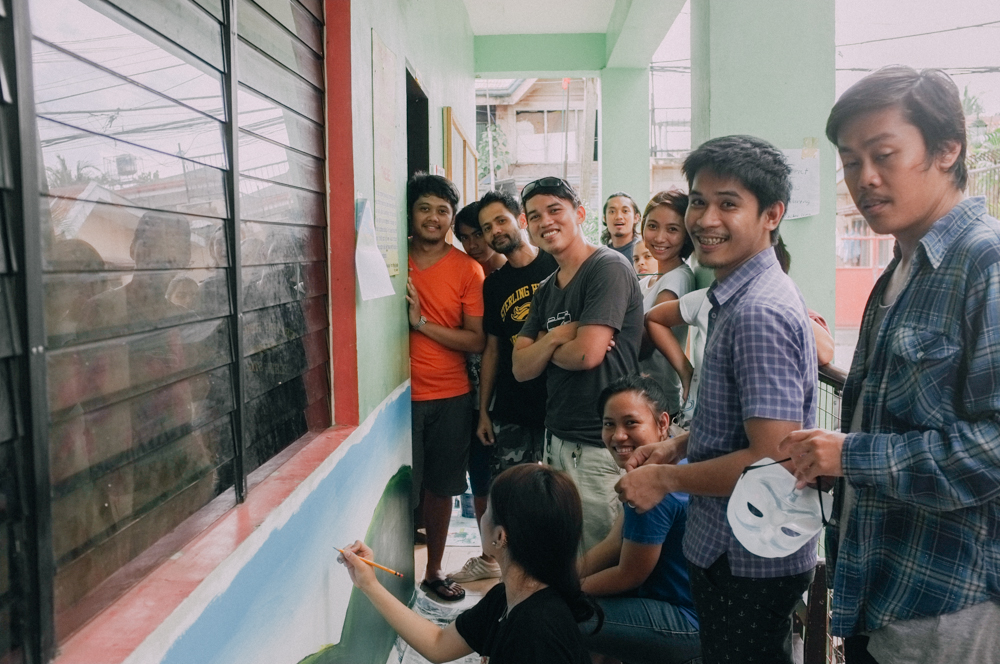 To follow up on this successful activity, on October 4, 2015, the PhotoUp team once again visited the Kasambagan Daycare Center to continue the project. We took the theme from the last activity and continued it to the exterior of the Daycare center, wrapping around the lower facade of the building all the way into the utility space which faces the road outside. Several kids took interest in the activity and stopped playing to observe. 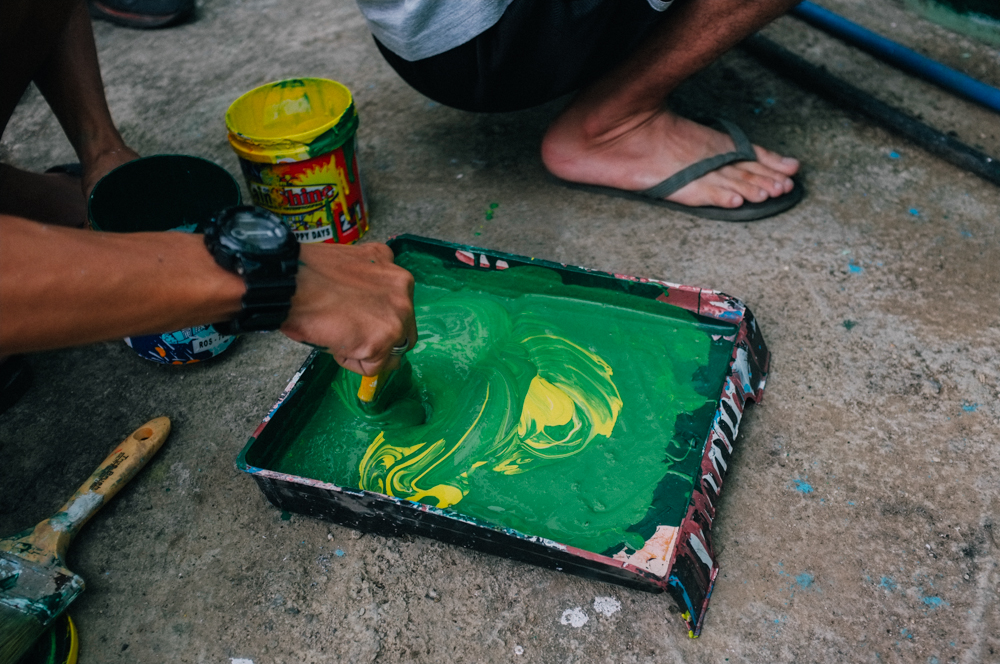 Once again, it was an enjoyable experience for everyone and the fact that what we were doing would bring happiness for the kids at the daycare made it even more fulfilling.